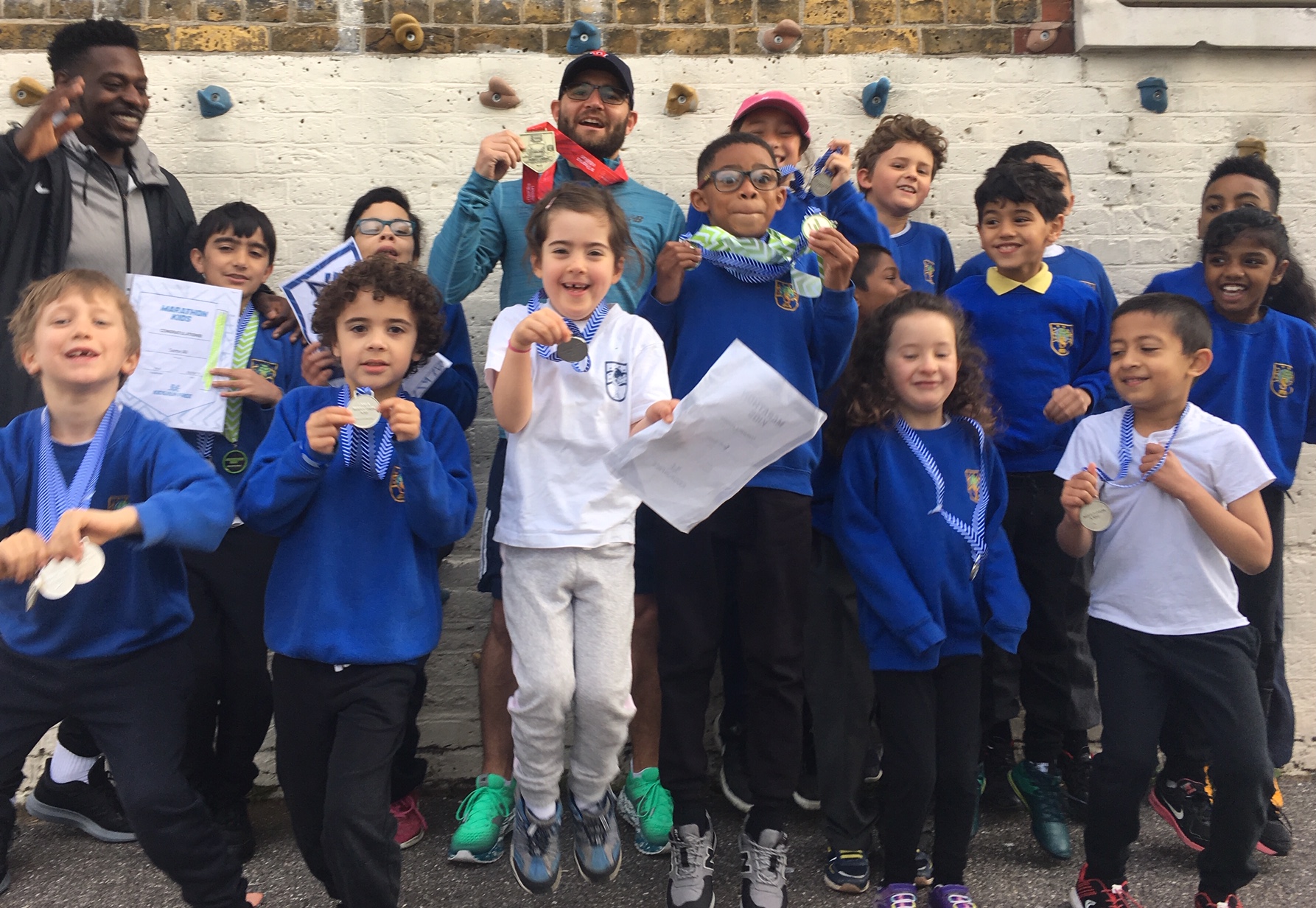 Pupils, parents and teachers were celebrating at Sellincourt Primary school in Tooting this week after popular PE teacher, Chris Payne, completed his second London marathon, raising over £1600 for children’s charity, the NSPCC.

Mr Payne’s achievement was particularly welcomed by members of the school’s ‘marathon kids’ club. School pupils come in early every Tuesday and Friday to run circuits of the playground, with their distance added up each time until they have run a full marathon. Then they are awarded a medal.

More than 20 pupils have run the distance of a marathon in the course of the year so far, with another 32 hoping to reach the mark before the summer. The club was set up last year to encourage pupils to be as active as possible. Between them the pupils have run nearly 4,000 miles since the club began.

Talking about his marathon experience, Chris said: “It was tough, but I’ve been really inspired by the girls and boys coming into school every week, even in the cold winter months, to run their own mini-marathons.”

Sellincourt head teacher, Ms Hayley Clayton said: “We are all very proud of Mr Payne. Not only has he raised lots of money for charity, but he is showing our pupils the importance of being active and healthy.”

Year 2 pupil, Eilidh Watkin, who regularly takes part in marathon kids clubs added: “Sometimes it’s hard to get out of bed early, but I love running in the mornings.  Mr Payne is always cheering us on, and we are really pleased for him.”